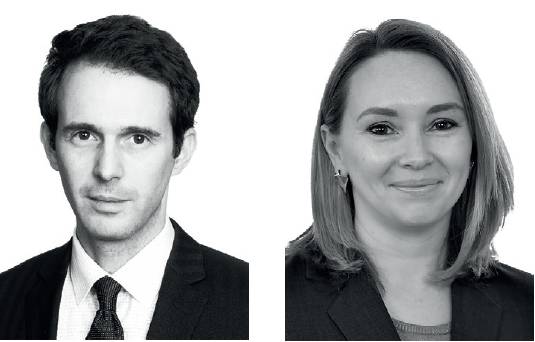 Disputes are an inevitable part of the global construction market.

In the first article in this series, we looked at the reasons that disputes are soaring both in number and in value – as well as the importance of using the right processes to resolve them as swiftly, cost-effectively and, ideally, amicably as possible.

Fortunately there are steps that parties can take at various stages of the project to ensure that the right dispute resolution mechanism is used at the right time, that processes run efficiently and the chances of settlement are maximised.

Dispute resolution clauses should be carefully considered at contract drafting stage, even when entering into a standard form contract.

Multi-tiered dispute resolution clauses are the norm in standard-form contracts, but parties are nevertheless encouraged to assess whether the various steps in the general conditions are geared towards maximum efficiency and dispute avoidance. For instance, in the case of a clause containing a dispute board (DB) phase, is the DB a standing DB (appointed at the beginning of a project) or an ‘ad hoc’ DB (appointed when a dispute arises)? What are the powers of the DB? Does it have a mere advisory role or an adjudicator role issuing binding decisions? Does the complexity of the project require a DB composed of three or more members, or would a sole member DB be enough?

In our experience, setting up a competent standing DB is a worthwhile investment as this may ensure that issues and disputes are addressed from the outset. There are multiple success stories of massive projects which benefited from standing DBs and which – against all odds – never escalated to court or arbitration.

In certain jurisdictions parties may have a right to adjudicate. Alternatively, short-form interim binding adjudication or expert determination procedures can be contractually agreed to provide swift enforceable decisions in a cost-effective manner, in many cases avoiding the need for escalation to court or arbitration proceedings altogether. Whilst often referred to as ‘rough and ready justice’, adjudication has nonetheless proven itself to be an invaluable tool in the armoury of dispute resolution methods, particularly in ensuring disputes are not rolled up into a mammoth arbitration or litigation at the end of a project.

Careful consideration should also be given to the components of an arbitration clause. Both the International Chamber of Commerce (ICC) and the London Court of International Arbitration (LCIA) recommend including the following four items:

During the life of the project

Effective record-keeping, both during the life of the project and afterwards, is fundamental to ensuring that claims can be properly and efficiently addressed through any dispute resolution processes. When the champagne is flowing on practical completion it may well be the last thing on anyone’s mind, however, ensuring documents are properly stored and retained in an orderly manner is absolutely critical.

Effective record-keeping, both during the life of the project and afterwards, is fundamental to ensuring that claims can be properly and efficiently addressed through any dispute resolution processes.

Following the Grenfell Tower fire in the UK in 2017, the UK building safety agenda has rightly focused on the record-keeping practices of the construction industry, and it is anticipated that legislative change in the form of the Building Safety Act will set the new standards to which the industry must adhere. The key issue of construction record-keeping and how this relates to safe infrastructure is of global interest, driving not only a legal and contractual obligation, but a moral one.

The challenge of record-keeping is that technology has led to the proliferation of electronic data, requiring management, which is particularly challenging when parties are in dispute and engaging in document preservation and production. It is often a surprise to litigants that in many jurisdictions all data, including text messages and metadata, is disclosable in arbitration and litigation proceedings. The document production and disclosure processes invariably increase the costs of dispute resolution and reduces its efficiency. A clear document preservation plan is paramount to keep this in check.

When disputes do arise, setting a litigation strategy at an early stage will be fundamental to their successful resolution. Many disputes are multi-faceted and can be carved up and addressed in different ways. We would encourage parties to expect lateral thinking from their advisors, rather than slavishly following the contractual dispute resolution procedure. There may also be opportunities to agree on different dispute resolution mechanisms more suited to the dispute in question than those set out in the contract.

It is not always the case that the full dispute needs to go to arbitration. Some of the disputed issues might be better suited to, for example, mediation, short-form adjudication or expert determination. Mediation in particular can be an incredibly valuable approach in certain cases where a binary decision is not the best outcome.

In addition, offers of settlement for either the whole or part of a dispute should always be considered, to see whether at least part of the case (if not the whole) can be settled outside of formal proceedings. Properly setting the litigation strategy and considering how different processes might be deployed in relation to different issues may prove a far more cost effective and efficient way of resolving the overall wider dispute.

In some disputes, arbitration is inevitable. However, there is still a number of things parties can do to provide for a more efficient process. Among the innovative approaches to speedier dispute resolution highlighted in our previous article, a number of global arbitration bodies, including the London Court of International Arbitration (LCIA) and International Chamber of Commerce (ICC), are adopting faster track processes. The latest version of the LCIA rules, adopted last year, include new tools that allow arbitrators to expedite proceedings, including by introducing an explicit reference to the possibility of early dismissal determination. The new rules also set out express tribunal powers aimed at making the proceedings fair, efficient and expeditious, including through the use of technology.

Similarly, the new 2021 ICC rules point to numerous efficiency improvements and provide for increased used of technology. The 2021 rules also facilitate the management of complex cases – with, for instance, less onerous conditions for the joinder of additional parties, at article 7(5).

In addition to benefiting from these welcome evolutions of arbitration rules, parties and counsel should also be creative to steer arbitrations towards maximal efficiency. Numerous arbitrators have recently voiced concerns about the length of written pleadings and parties’ tendency to ‘turn every stone’ and provide numerous details about nondeterminative issues. Parties should themselves take steps to streamline the arbitral process.

However, where technology has in part created the problem, it could also provide the solution – particularly if the advent of sophisticated dynamic modelling which tells the story of a project on a ‘time slice’ basis may finally rid the parties of the need to retain every single meeting minute and progress note. We predict that there will be significant developments in this area in the coming couple of years, which may well considerably streamline this process.