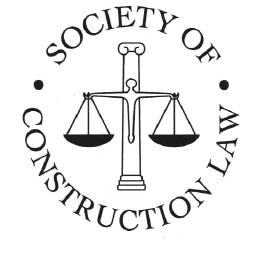 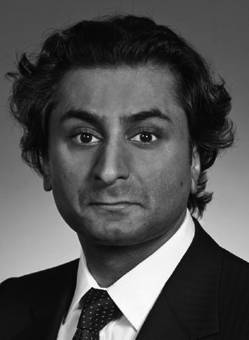 THIS is an excellent publication (on many levels) and I am delighted that I have been afforded a kind opportunity to make a contribution. Patently, readers will see that the publication has attracted a number of compelling articles covering noteworthy and important issues for all of us involved in construction law.

I congratulate and thank warmly all the authors for giving us a set of articles that one wants to read, keep to hand and make use of in submissions (whether in adjudication, arbitration, dispute boards or litigation). I want to highlight three specific and fundamental issues that are unavoidable for all of us:

Abbey Healthcare is the leading legal authority on this specific issue. The Court of Appeal did not overrule the approach followed by the Court of First Instance in Parkwood Leisure Ltd v Laing O’Rourke Wales and West Ltd but the Court of Appeal decision was a majority decision with Lord Justice Stuart-Smith writing a powerful dissenting judgement.

There is a lot of important practical and legal detail yet to be issued but it is clear that the new body called the Building Safety Regulator will be established within the Health and Safety Executive.Coulson LJ (with whom Peter Jackson LJ agreed) concluded that by the same process of reasoning as Akenhead J adopted in Parkwood, that the terms of the collateral warranty made it a construction contract as defined in s.104(1) because Simply Construct warranted that it ‘has performed and will continue to perform diligently its obligations under the contract’. Thus, the majority in the Court of Appeal considered that that warranty covered two separate things:

Standing back a little, two of the three judges in the Court of Appeal were convinced that a ‘broad’ interpretation was needed in respect of section 104 of the construction act. The dissenting judgement did not agree and found that the collateral warranty construed commensurate with English law was not a construction contract. Several paragraphs from the powerful dissenting judgement of StuartSmith LJ are noteworthy:

The BSA gives effect to policies set out in the government response to the ‘Building a Safer Future’ consultation, and Dame Judith Hackitt’s interim and final reports undertaken as part of an independent review of building regulations and fire safety. Readers will know that the UK government commissioned an independent review, led by Dame Judith Hackitt, looking at the building regulations and fire safety, with a particular focus on high-rise residential buildings (the Hackitt review). The Hackitt review published an interim report in December 2017 and a final report in May 2018. In response to the Hackitt review, the government then launched its Building a Safer Future policy in December 2018. A consultation on the Building a Safer Future policy ended in July 2019 and the government published its response in April 2020.

The BSA is a lengthy act running to in excess of 260 pages. In terms of commencement, various general provisions (e.g. definitions, fees, interpretation and so on) came into force immediately together with powers to make regulations under parts two and four, other sections including significantly sections 116 to 125 and schedule 8 will come into force two months thereafter (28 June 2022) and the remainder of the act on such day/s as the Secretary of State may by regulations appoint.

Construction law is complex, compelling and changing. The Building Safety Act provides a tangible example of this.There is a lot of important practical and legal detail yet to be issued but it is clear that the new body called the Building Safety Regulator (BSR) will be established within the Health and Safety Executive (HSE) (i.e. the BSR will operate as a division of the HSE). It will have jurisdiction over residential buildings with seven or more storeys or 18 metres or higher. The rights and obligations of all those involved during the ‘design & construction’ and ‘occupation’ phases have now changed radically. The ‘accountable person or persons’ will be a major point.

The BSA extends the limitation period in section 1 of the Defective Premises Act 1972 from six to thirty years. This provision is intended to come into force within the next few months. As such, work completed up to the middle of 1992 will potentially become subject to a DPA 1972 claim, while other common law and tort claims retain a qualified six-year limitation period. This amendment will not start time running afresh for leaseholders whose claims have already been struck out on limitations grounds (see for example, Sportcity 4 Management Ltd and other companies v Countryside Properties (UK) Ltd (2020) EWHC 1591 (TCC), (2020) All ER (D)).

Those whose claims have been struck out will now have to attempt to seek permission to bring a second claim under CPR 38.7. Section 38 of the Building Act 1984 has never been brought fully into effect. When in force, it will give private individuals the right to claim damages where they suffer harm because work on a building has not met building regulations standards (including damages arising from death or personal injury). The BSA extends the limitation period for claims under 38 of the act to 15 years. This change will apply only prospectively (not retrospectively), like the BSA changes to claims under s.1 of the Defective Premises Act 1972.

In C v D, D did not refer the dispute to the respective chief executive officers for resolution but proceeded to arbitration. C argued that the arbitral tribunal did not have jurisdiction because the escalation or multi-tier step had not been complied with by D prior to commencing arbitration. Thus, the principal issue for the Court of Appeal was whether an arbitral tribunal’s determination that a pre-arbitration procedural requirement in an arbitration agreement that the parties thereto should first attempt to resolve their dispute by negotiation has been fulfilled is subject to recourse to the court under article 34(2)(a)(iii) of arbitration ordinance, cap. 609 or (iv) of the United Nations Commission on International Trade Law (UNCITRAL) Model Law.

Section 38 of the Building Act 1984 has never been brought fully into effect. When in force, it will give private individuals the right to claim damages where they suffer harm because work on a building has not met building regulations standards (including damages arising from death or personal injury).

The Court of First Instance held that the arbitral tribunal was correct and that there was no recourse to the court under article 34(2)(a)(iii) of arbitration ordinance, cap. 609 or (iv) of the UNCITRAL Model Law. C appealed this decision to the Court of Appeal.

The Court of Appeal held that the arbitral tribunal did have jurisdiction. The court found that there is a substantial body of judicial and academic jurisprudence which supports the drawing of a distinction between jurisdiction and admissibility for the purpose of determining whether an arbitral award is subject to de novo review by the court, and the view that ‘non-compliance with procedural pre-arbitration conditions such as a requirement to engage in prior negotiations goes to admissibility of the claim rather than the tribunal’s jurisdiction’.

The court held that there is much to be said for recognising the distinction between admissibility and jurisdiction for the purpose of art 34(2)(a)(iii). Such an approach would (i) likely give effect to the agreement of the parties who, ‘as rational businessmen, are likely to have intended any dispute arising out of their relationship to be decided by the same tribunal’ (ii) be in line with the general trend of minimising the permissible scope of judicial interference in arbitral procedures and awards, (iii) further the object of the ordinance as stated in s 3 thereof, i.e. ‘to facilitate the fair and speedy resolution of disputes by arbitration without unnecessary expenses’, and (iv) ensure that Hong Kong does not fall out of line with major international arbitration centres like London or Singapore.

A word or caution: arbitration is of course consensual and it is the parties’ agreement which determines the true scope of the disputes which may be submitted to arbitration. Parties are free to decide that any dispute on the question of fulfilment of the pre-arbitration procedural requirements is excluded from the arbitral tribunal’s jurisdiction.

Construction law is complex, compelling and changing. The Building Safety Act provides a tangible example of this. In that context, I would encourage readers to join the Society of Construction Law. 2023 marks the society’s 40th birthday and so now is a super time to join.