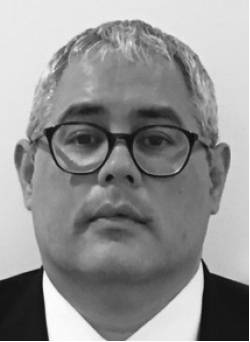 A roundup of adjudication in the UK

Given its success and popularity it is little surprise that the industries excluded due to the power, process and other exemptions – as well as territorial application rules – would also come to embrace adjudication as an attractive interim, binding process that can be used during the execution of a complex project by including suitable contractual provisions. UK Adjudicators has seen a large rise in offshore construction contracts both in the wind and oil industries that name adjudication in their contracts and as a consequence the numbers of these type of nominations has rapidly increased.

As we move through 2022; the fifth anniversary of the founding of UK Adjudicators is approaching and the growth in its panel and popularity among adjudication users has grown year on year. Since October 2017, there have been over 1,500 nominations made free of any nomination fee in the United Kingdom alone. Compare this with the RICS charging structure of around £425 per nomination, the industry has saved over £637,500.00 just by carefully choosing which adjudicator nominating body to utilise.

UK Adjudicators has the largest multi-disciplinary panel of adjudicators in the United Kingdom as well as a significant panel of international adjudication and dispute board members who range from:

UK Adjudicators is working to increase diversity on its panel.The dispute board member panel for experienced dispute board members includes adjudicators on the FIDIC Presidential List, national lists of FIDIC member organisations, IChemE and other bodies such as the International Chamber of Commerce (ICC) and London Court of International Arbitration (LCIA) is growing with members drawn from all continents of the globe.

UK Adjudicators is working to increase diversity on its panel and as one of the largest complaints made about other adjudicator nominating bodies is they lack diversity is proud to continually strive to:

UK Adjudicator panel members are diverse and sit on other adjudicator nominating bodies such as:

Studies by Glasgow Caledonian University and Addleshaw Goddard on what users of adjudication want showed that those in favour of capping or tiered fees for UK adjudications included contractors, in house lawyers and developers.

Studies by Glasgow Caledonian University and Addleshaw Goddard on what users of adjudication want showed that those in favour of capping or tiered fees for UK adjudications included contractors, in house lawyers and developers. For UK adjudications, UK Adjudicators offer three schemes:

UK Adjudicators first two schemes are unique in that there is no charge for making a nomination which for lower value disputes can make it very attractive for the referring party to use. Unlike the capped fee schemes of TECSA and the CIC LVD MAP; UK Adjudicators’ capped fee schemes doesn’t have financial limits and can be used for declaratory relief.

The values of the amount being claimed and the adjudicator’s total fee caps are set out below for the UKA capped fee scheme.

The referring party or its representative simply applies to UK Adjudicators for the nomination of an adjudicator using the specified form.The UK Adjudicators’ capped fee scheme can be used as normal for claims under construction contracts within the meaning of the Housing Grants, Construction and Regeneration Act 1996 (as amended) or for claims under other types of construction contracts which have adjudication provisions which incorporate the Scheme for Construction Contracts made under the construction act or have adjudication provisions substantially the same as the scheme.

The referring party or its representative simply applies to UK Adjudicators for the nomination of an adjudicator using the specified form.

The United Kingdom has benefitted from extensive case law on adjudication and the courts support for it with swift enforcement.UK Adjudicators has also created bespoke services for users of ADR both in the United Kingdom and internationally which includes the nomination of early neutral evaluators, expert determiners, independent assessors as well as arbitrators.

The United Kingdom has benefitted from extensive case law on adjudication and the courts support for it with swift enforcement. This makes it extremely attractive to parties with large complex disputes who prefer adjudicating disputes rather using litigation or arbitration. During 2021 and 2022 there have been a number of UK court decisions which will be of interest to users of adjudication in the United Kingdom and internationally and are noted as follows.

Here the court held that the parties’ dispute had crystallised by the time it was referred to adjudication, which meant the adjudicator had jurisdiction and his decision was enforced. This judgment is a timely reminder that parties denying a crystallised dispute has arisen will very rarely convince a court of this on the facts.

In the High Court, Eyre J usefully recounted the following principles on crystallisation:

To determine if a dispute has crystallised, it is necessary to determine whether there has been a claim by one party – meaning an assertion of rights – and whether that claim is not admitted

O’Farrell J in the Technology and Construction Court held that the responding party could not rely on a contractual entitlement to set off the first adjudicator’s decision (a true value adjudication) against the second adjudicator’s decision (a smash and grab adjudication). She also issued a reminder that section 111 of the Housing Grants, Construction and Regeneration Act 1996 creates an immediate obligation to pay the notified sum, and the right to adjudicate to obtain a true valuation is subjugated to that right as per S&T (UK) Ltd v Grove Developments Ltd (2018) EWCA Civ 2448.

Of interest was that the clause in the parties’ contract allowing an unqualified set off against an adjudicator’s decision was contrary to section 108 of the construction act 1996 and the provisions of the Scheme for Construction Contracts 1998 that provide that an adjudicator’s decision is binding and require the parties to comply with it and the court would not apply a contractual clause to the contrary.

The Outer House of the Court of Session has upheld the tiered dispute resolution clause in the first defender’s NEC3 ECC contract and stayed court proceedings to allow adjudication as contracted for.

In this case the court held that the issue in dispute could be referred to adjudication again as the first adjudicator did not reach a decision on it.

TCC refused the injunction application to restrain the respondents from taking any further steps in three on-going adjudications and in any future adjudications intimated but not started that related to the same or substantially the same dispute as previous county court proceedings that had been struck out.

O’Farrell J made a number of points that those familiar with adjudication will recognise, like the right to refer disputes at any time (it was not for the contractor to dictate timing to the subcontractor), irrecoverable costs (which is simply a feature of adjudication) and the tactical nature of the subcontractor’s behaviour (which the court was alive to but is part of adjudication) that would not give weight to the grounds for the application.

The court refused summary enforcement of an adjudicator’s decision in favour of a claimant in a company voluntary arrangement.Roger Stewart QC, sitting as a judge of the High Court, stayed court proceedings brought to finally determine the parties’ dispute pending payment of the net balance due following two adjudications as the adjudication decisions had not been paid. Of note during the stay and strike out application hearing the judge concluded that proceedings should be stayed pending payment and would be struck out if payment was not made within 28 days.

The court refused summary enforcement of an adjudicator’s decision in favour of a claimant in a company voluntary arrangement as the court concluded that the enforcing party’s financial situation was more akin to a liquidation than a company voluntary arrangement (CVA), and therefore, there was a real risk that summary enforcement would deprive Varis of security for its cross-claim.

Even if the court grants summary judgment in these circumstances which it will do rarely, Coulson LJ said the default position will be to order a stay of execution as an adjudicator’s decision is provisional.The Court of Appeal has provided useful guidance to parties about appropriate security arrangements in adjudication enforcement proceedings where the claimant is insolvent. It has also considered whether an insolvent company is ever entitled to summary judgment to enforce an adjudicator’s decision.

Coulson LJ found that the burden on an insolvent claimant seeking to enforce an adjudicator’s decision was such that any undertakings or security being offered needed to be clear, evidenced and unequivocal which on the facts wasn’t the case in this matter.

Even if the court grants summary judgment in these circumstances which it will do rarely, Coulson LJ said the default position will be to order a stay of execution as an adjudicator’s decision is provisional. It cannot finally determine the net balance between the parties even when the adjudicator considers all relevant claims and crossclaims and highlights the tension between adjudication and the insolvency rules. Currently, the court says that the insolvency regime will prevail.

The Court of Appeal have now heard the appeal from Davies & Davies Associates Ltd v Steve Ward Services (UK) Ltd (2021) EWHC 1337 (TCC) which I wrote about in the Construction Law Review 2021 issue and upheld the previous decision of Roger ter Haar QC, sitting as a deputy High Court judge in the TCC.

The adjudicator had been appointed under the CIC’s Low-Value Disputes Model Adjudication Procedure and the Scheme for Construction Contracts (England and Wales) Regulations 1998 (SI 1998/649) applied. His terms and conditions of appointment included a PC Harrington v Systech type clause. Before reaching a decision, the adjudicator concluded he lacked jurisdiction because the adjudication had been started against the wrong responding party resigned. He claimed his fees from the referring party (defendant). When the defendant refused to pay, the adjudicator sued for his fees and applied for summary judgment, which the court granted.

An adjudicator can take the initiative in ascertaining the facts and law (including who the parties to the contract were), in circumstances where neither party had raised a jurisdictional point relying on the power in paragraph 13 of the scheme, but this was outside the ambit of that power and his reasoning was erroneous.

Adjudicators should not adopt an ostrich approach and stay silent. Adjudicators should take note that whether the adjudicator was entitled to be paid for work done prior to resigning depended on their terms of appointment and conduct.He acted in accordance with what he considered was his duty to the parties and there was no breach of his terms of engagement, since paragraph 9(1) of the scheme allows the adjudicator to resign at any time. The adjudicator could rely on the PC Harrington v Systech clause, there was no bad faith on his part and the clause satisfied the Unfair Contract Terms Act 1977 (UCTA) reasonableness test.

Lord Justice Coulson said adjudicators should not adopt an ostrich approach and stay silent. Adjudicators should take note that whether the adjudicator was entitled to be paid for work done prior to resigning depended on their terms of appointment and conduct.

Sean Gibbs is vice chair the of the CICES Contracts and Dispute Resolution Panel and is a committee member of CICES South West and South Wales.

Tickets can be booked via the link https://www.eventbrite.co.uk/e/uk-adjudicators2022-london-adjudication-arbitration-conference-tickets-382049669847 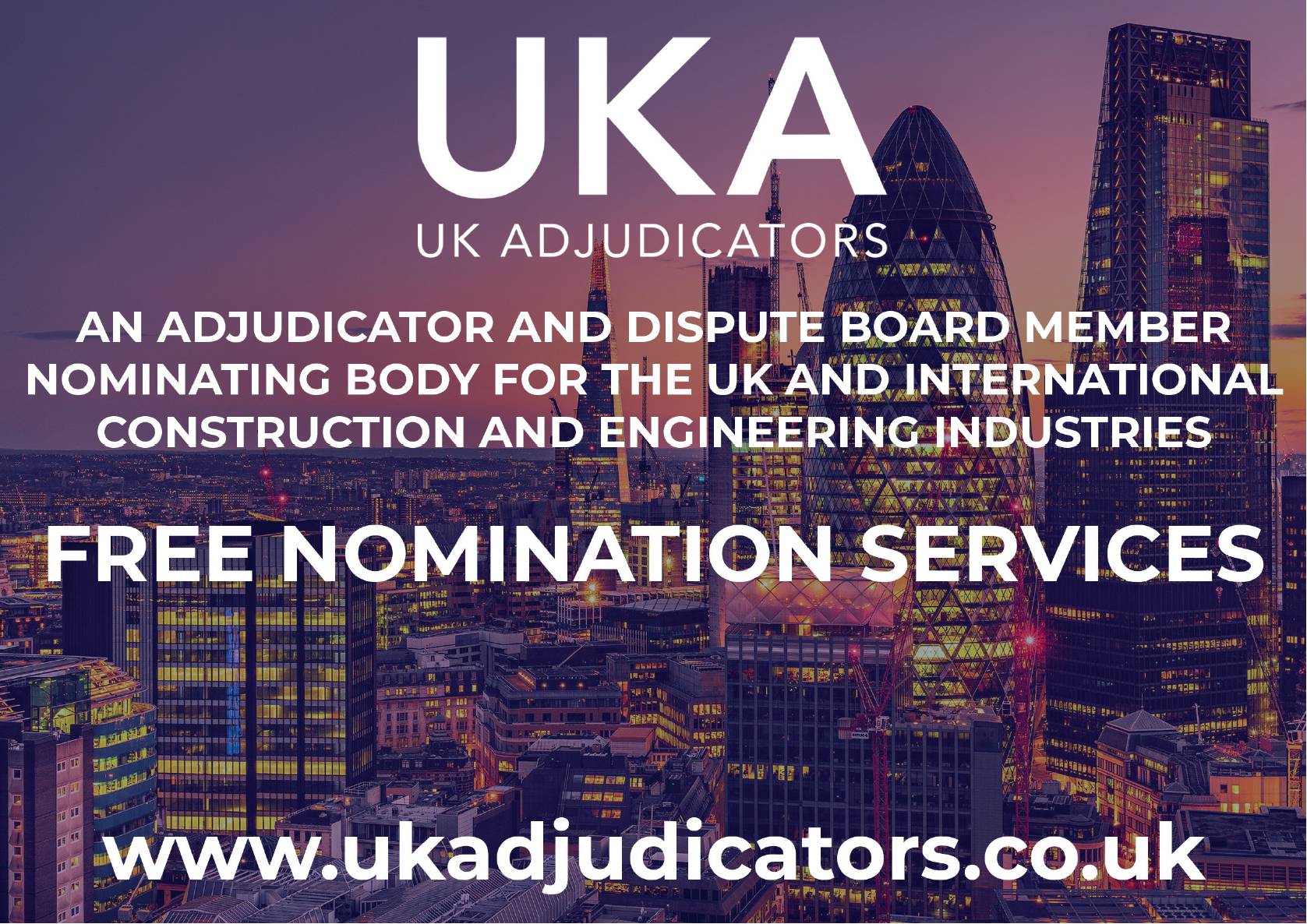