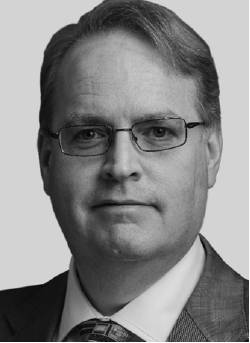 The last refuge of a scoundrel claimant?

GLOBAL claims are a misunderstood lot, they are viewed as a dumping ground for the balance of cost and time the claimant is not otherwise able to link to a cause and are thereby tarred with the same brush as the other examples of less credible claims; disruption, as planned impacted delay and using the overrun period as the value of prolongation.

However, global claims are not to be dismissed out of hand. In his judgement in Walter Lilley v MacKay and DMW Developments Limited (2012) EWHC 1773 (TCC), Mr Justice Akenhead states: “There is nothing in principle ‘wrong’ with a ‘total’ or ‘global’ cost claim.”

It is also, in my view, the case that they need not be hopeless or misdirected, even if they should not always be the wise claimant’s first choice. In this article I have set out some aspects of what makes or breaks, a global claim.

What is required for any claim to be advanced?

There are a few things that are universal to the establishment of any claim, global or not. A loss of entitlement or failure of obligation, that leads to a cause of action and thereby an entitlement to a remedy. The claim should, if it is to work successfully, clearly show the effects that flow from the circumstance and the value of these effects – normally in time or money.

What is a global claim?

At this point it is probably time to establish exactly what a global claim is; Keating on Construction Contracts has a very good definition:

“A global claim... is one that provides an inadequate explanation of the causal nexus between breaches of contract or relevant events/matters relied upon and the alleged loss and damage or delay that relief is claimed for.”1

A global claim can therefore be said to be one in which the claimant may have identified the provisions of the contract relied upon, the facts constituting the breaches and the loss (or delay) incurred; but has given the quantum of the loss (or duration of delay) as an overall figure without linking these back to the specific causes.

A composite or rolled up claim is one in which separate sums are claimed for particular events and a single sum is claimed for the remaining group of events that are not particularised. In other words, only part is presented as a global claim.

A total loss or total costs claim is one in which the total of the claimant’s additional costs (or delays) in performing the contract are claimed to result from events for which the other party is responsible. It is not always the case that these are also a global claim – the non-global part of a composite claim, or the total cost claim, can be itemised and linked to a cause. It is the lack of demonstrated link between the specific causes and effect or effects, that means the claim is global in nature.

What are the objections to global claims?

A global claim is, when you are on the receiving end, a rather objectionable thing. It appears that the claimant has just directed at you the cost of all, or at least most, of the failings experienced, and has not bothered to actually set out why. This is a problem.

A claimant has the task of proving its claim; not linking specific causes to specific effects makes understanding the claim made, its basis and justification – in essence the case to be met – much more difficult. A respondent should be able to understand the case it is to meet.

The claim should, if it is to work successfully, clearly show the effects that flow from the circumstance and the value of these effects – normally in time or money.There is another difficulty for the respondent, and the tribunal, as the claimant, in a global claim, does not indicate the precise causal links in the case it advances, there is the potential for the claimant to change or develop, its argument – not unheard of in any claim of course, but difficult for those faced with the prospect of understanding the shifting sands that underpin a claim advanced. This can, potentially, reverse the accepted principle regarding burden of proof i.e. ‘who asserts must prove’.

The respondent, in an attempt to understand the claim and devise a defence, has first to undertake a detailed analysis of facts to try and work out what the causal links are, so it can construct its defence.

The global claim, from its nature is beset by a lack of specifics, and often relies on assumptions made by the claimant. These can include that: the claimant has no shortcomings in its tender price or performance of the works; ignores other explanations for delays and losses (i.e. weather or lack of resources). These assumptions are pretty big leaps of faith and ones that a respondent is unlikely to be willing to make easily.

There is another effect from a global claim, particularly where the cost claimed is also a total one; the negotiated balance of the original bargain – whether lump sum, remeasurement, target cost or otherwise – can effectively be converted into a fully cost reimbursable one. The risk profile of contract completely changed by the action of a total cost being claimed globally – the risk for the cost of the works are effectively transferred to the respondent for the claim made.

A claimant can put forward their claims in the way they chooses; in which case where a claimant considers that all the delay and/or loss has been caused by matters the responsibility of the other party, to what extent should it be considered as a viable option? This will involve a number of questions.

It is cheaper and quicker to produce a global claim than the equivalent particularised version as it involves far less analysis and support data – this can be very attractive to a cash strapped claimant. Also, as part of formal dispute resolution proceedings, in negotiation or mediation for instance, it could be used to build a framework for the identification of the loss and the best alternative to a negotiated agreement.

Examination of the project records may indicate that there is insufficient data, in the form of records, to carry out a detailed analysis, forcing the choice towards a global approach (this, in my experience, is a major factor in the choice to submit a claim on a global basis).

If there are no other competing causes and the initial provision is sufficient, why not a global claim?

This is often raised in discussions about the options for constructing a claim and is a valid point. The difficulty here is demonstrating that the initial provision was indeed sufficient (always harder than it first appears in my experience) and of course the costs must still be reasonable in the circumstances (for which records will be required).

The other point is the need to show that there really were no other competing causes. Construction and engineering are exceedingly complex processes, even the simplest of projects involve significant numbers of time and resource-critical, interdependent, activities – establishing a matrix of time and relationships, with records in support, to show that there were no other competing causes for the loss claimed, is likely to be as difficult as just setting out the causal matrix in the first place.

In that case what are the requirements of a successful global claim?

Global claims have a credibility problem and in disputes – as often in life – credibility is everything. The following are a few examples of where to start. The claimant has to demonstrate, in a common law jurisdiction, that on the balance of probabilities and as a matter of fact: events occurred that entitle it to claim for loss; these events caused delay and/or disruption; and that such delay and/or disruption caused it to incur loss. Civil law and other, jurisdictions have different thresholds for establishing entitlement, however, the principle that proof is required and it should show that the effects flow from the causes is a common requirement.

Global claims have a credibility problem and should generally be avoided if at all possible. However, they also have some useful traits.As the route for a global approach to the claim has been selected, how best to produce something that has credibility? In my experience the best starting point is the contract’s provisions. Contractual requirements must be complied with, conditions precedent for example – the global nature of the claim will not exempt it from the mandatory provisions of an agreement.

Just because the claim is global, does not mean that there is no evidence at all. As a starting point show entitlement using witness statements; proof of cost and payment; proof that costs were planned, reasonable and controlled; or that delays were minimised. Establish that the loss would not have occurred in any event and that the tender allowances were sufficient. Show that no other matters that occurred caused or contributed to the loss, and identify and remove losses that are claimant risk.

How can a global claim be defeated?

The best place to start is the contract, and a challenge the requirements set out above. For instance, demonstrate that the interaction of events was not so complex, as the claimant argues, and it is perfectly possible for a cause and effect analysis to be carried out. Also, show that you, as respondent, were not responsible for a ‘significant’ part of the delay or loss and that this part was the dominant cause of the delay or loss. In addition, show that the impact of events for which responsibility is accepted, was not as significant as claimed.

Global claims have a credibility problem and should generally be avoided if at all possible. However, they also have some useful traits. They are cheaper and quicker to produce, which can be useful early in a dispute, and can be the basis for negotiated agreement – if sensibly constructed and presented – they can be a persuasive basis for settlement. Global valuation of a loss may be appropriate, or the only option, in certain circumstances; but demonstration of compliance with the contract and evidence of fact and entitlement is still needed. 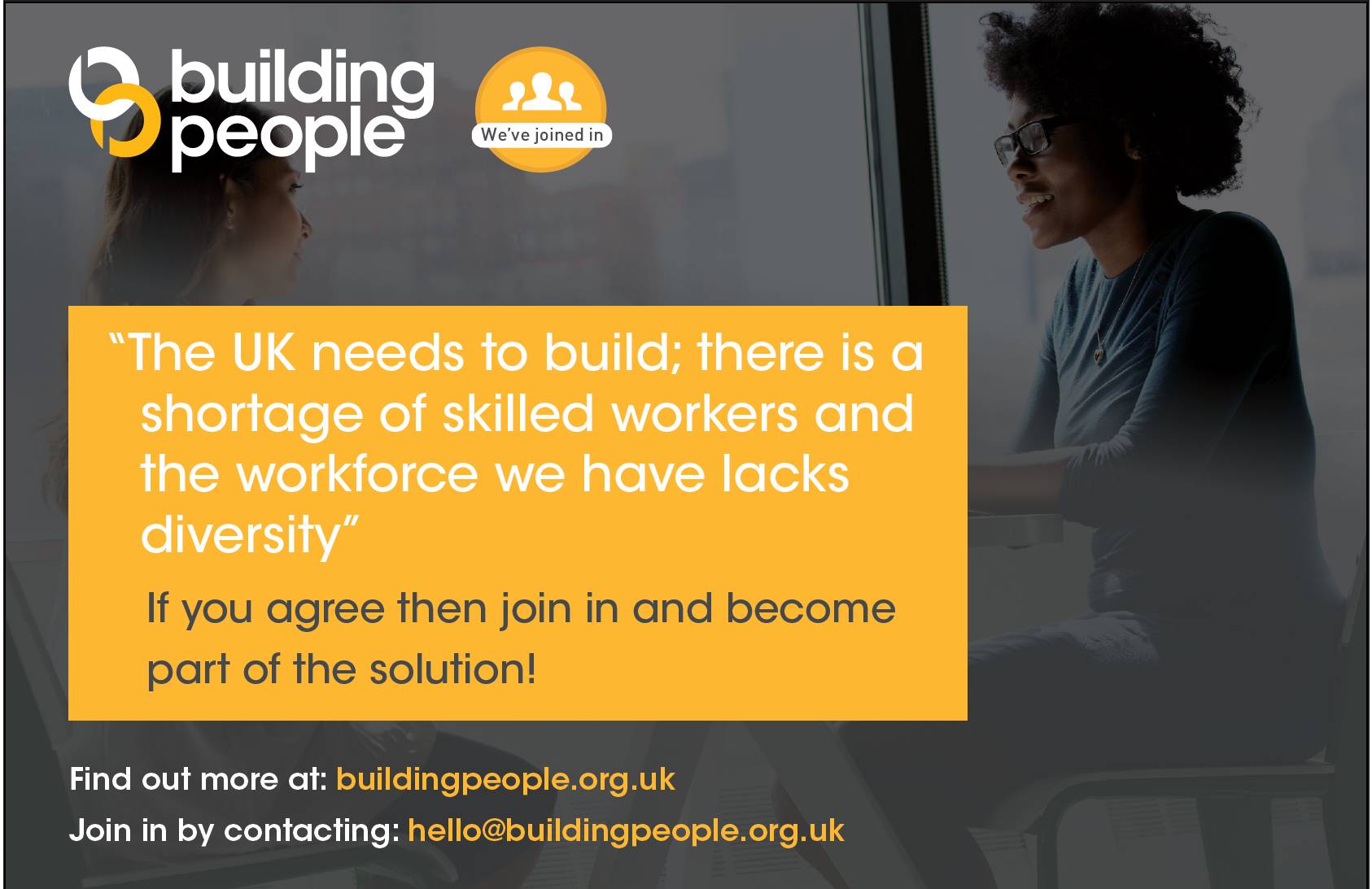