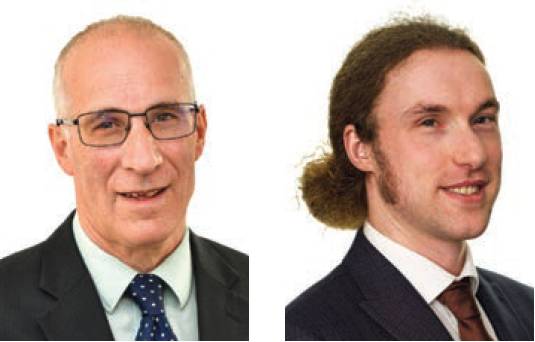 Reminder: Where any X options are planned to be included, they should be expressly indicated as such in Contract Data Part 1. Furthermore, many X options also require supplementary information to be populated in either contract data or the scope, or both, to facilitate the effective operation of the procedure. Where this task is not undertaken it may lead to complications with administering the contract.

In our initial article, entitled ‘NEC ‘X’ Options – Introduction’, we noted that the X options cover a wide variety of different topics, which makes it difficult to accurately categorise them. For the purposes of this, and other related articles, we have organised each X option according to what we consider to be the dominant theme, which for this article is ‘contract assurance’.

This theme has been associated with the following X options:

To provide definition, ‘contract assurance’ may be defined as a means of safeguarding against the inherent commercial risks that exist within a contractual relationship. These come in multiple forms and may include bonds, guarantees, warranties, indemnities, insurances, undertakings and third-party rights. It is noted that these are highly specialised and technically complex subjects and it is recommended that particular advice is sought in relation to any of these matters. Each applicable X option is examined in detail below.

contract assurance’ may be defined as a means of safeguarding against the inherent commercial risks that exist within a contractual relationship.

If the contractor (subcontractor, consultant, supplier or partners) is a subsidiary of another company, they give the client (contractor or purchaser) a guarantee of performance from their ultimate holding company in the form set out in the scope. This is given by the (sub) contract date, which is when the contract comes into existence, or within four weeks of this date. Where the guarantee is not given within the required time the right to terminate at sub-clause 91.2 may arise.

A guarantee is essentially a promise or undertaking although it is also a contract so the requirements for contract formation must also apply. Guarantees may be related to ensuring contractual performance or providing for financial compensation in the event of a breach of contract.

NEC4 introduced the provision for an alternative guarantor to be proposed who must also be ‘owned’ by the ultimate holding company. This alternative is required to be accepted, although a reason stated for a ‘non-acceptance’ response is that the ‘commercial position’ of the alternative is not strong enough to carry the guarantee. Although it does not state what this means, it implies that the alternative would not be considered capable of satisfactorily discharging the obligations under the guarantee.

It is noted that the FMC, FMS and ALC forms include a supplementary provision in relation to a performance bond, which is contained within X13 under the other NEC forms (see details below).

Undertakings to the client or others – X8

An undertaking is a formal promise either to do or not do something. Where an undertaking is included in a contract, it would constitute a breach of contract if the undertaking were not performed. Under NEC3 this option only applied to the PSC form and was titled ‘collateral warranty agreements’. The NEC user guide explains the change in wording to ‘undertakings’ as it is a ‘more generic term’. The option detail under NEC4 has also been expanded to include procedural requirements.

It is important to ensure that the terms of an undertaking are consistent with the main contract requirements and that they do not include ‘enhanced levels’ of commercial risk. A procedurally simpler alternative may be to consider using a third party right under option Y(UK)3 that could achieve the same intention as an undertaking, where appropriate.

Bonds are commonly used in the financial sector and are essentially a loan from an investor to a borrower. A bond has an associated value and maturity date with interest paid at regular intervals with the full bond amount re-paid upon the maturity date. Bonds in the construction industry, however, are different and represent an undertaking by a bondsman or surety to make a payment in the event of contract action or non-performance, more like an insurance policy. There are various bonds that are commonly used in the construction industry, including performance bonds with these also used in many other industries.

How a bond operates in practice is determined by the ‘type’, as follows:

The performance bond amount is stated in (sub)contract data with the form set out in the scope. The bond is to be given by the (sub)contract date, or within four weeks of this date. Where the bond is not given within the required time the right to terminate at sub-clause 91.2 may arise.

The value of a performance bond is typically around 10% of the ‘tendered sum’. The payment of the cost of a bond is determined by the NEC form and which main option is selected, for example under an ECC form it could be included within the price for work done to date under main options A and B but not under the other main options.

The bond provider is required to be accepted, although a reason stated for a ‘non-acceptance’ response is that the commercial position is not strong enough to carry the bond, which would presumably relate to the bond provider’s credit rating. There is no express requirement, however, to state the minimum credit rating of a bond provider in the scope.

Contractual assurance measures should be specific to the project and the environment under which this is performed, rather than just implementing these as a ‘tick box’ exercise.

Option X25 only appears in the SC form of contract. This option did not appear within the NEC3 form, with the user guide explaining that a ‘warranty’ was effectively provided by the period of time between delivery (equivalent to completion under the ECC form) and the defects date. It seems that the intention under NEC3 was not appropriate, however, so option X25 has been added to NEC4.

Information should be completed in contract data part one, which sets out the warranty to be given and also provides for a corresponding amount. This ‘amount’ column suggests that the ‘warranty’ is essentially for financial compensation, which could be in the form of an indemnity, which is a promise to ‘make good’ in respect of a specified loss.

The form of the warranty is set out in the scope and is to be given to the purchaser before delivery, with the provision of a required warranty being one of the definitions for delivery to actually occur. Note that delivery may apply to multiple supplies, whereby a warranty may be required in relation to each of these.

With all of these options, as the form of required document (guarantee, undertaking, bond, warranty or indemnity) is stated in the scope, the contract provides for this to be changed at clause 14.3 (or 21.7 under the ALC form). This could potentially mean that the type of bond can be changed or even the form of document itself. Particular onerous conditions may also be added or amended. Although the matter is treated as a compensation event, some of the implications cannot be dealt with under this procedure as they relate to a change in liability. A better option may be to append these to the contract data where any required changes can only be made by formal agreement between the parties.

Contractual assurance measures should be specific to the project and the environment under which this is performed, rather than just implementing these as a ‘tick box’ exercise.

To provide a truly collaborative approach, contract assurance measures could be given by the ‘purchaser’ to the ‘supplier’, which would demonstrate commitment on the part of the ‘purchaser’.

In the next article in this series we shall be reviewing X options which relate to liabilities. 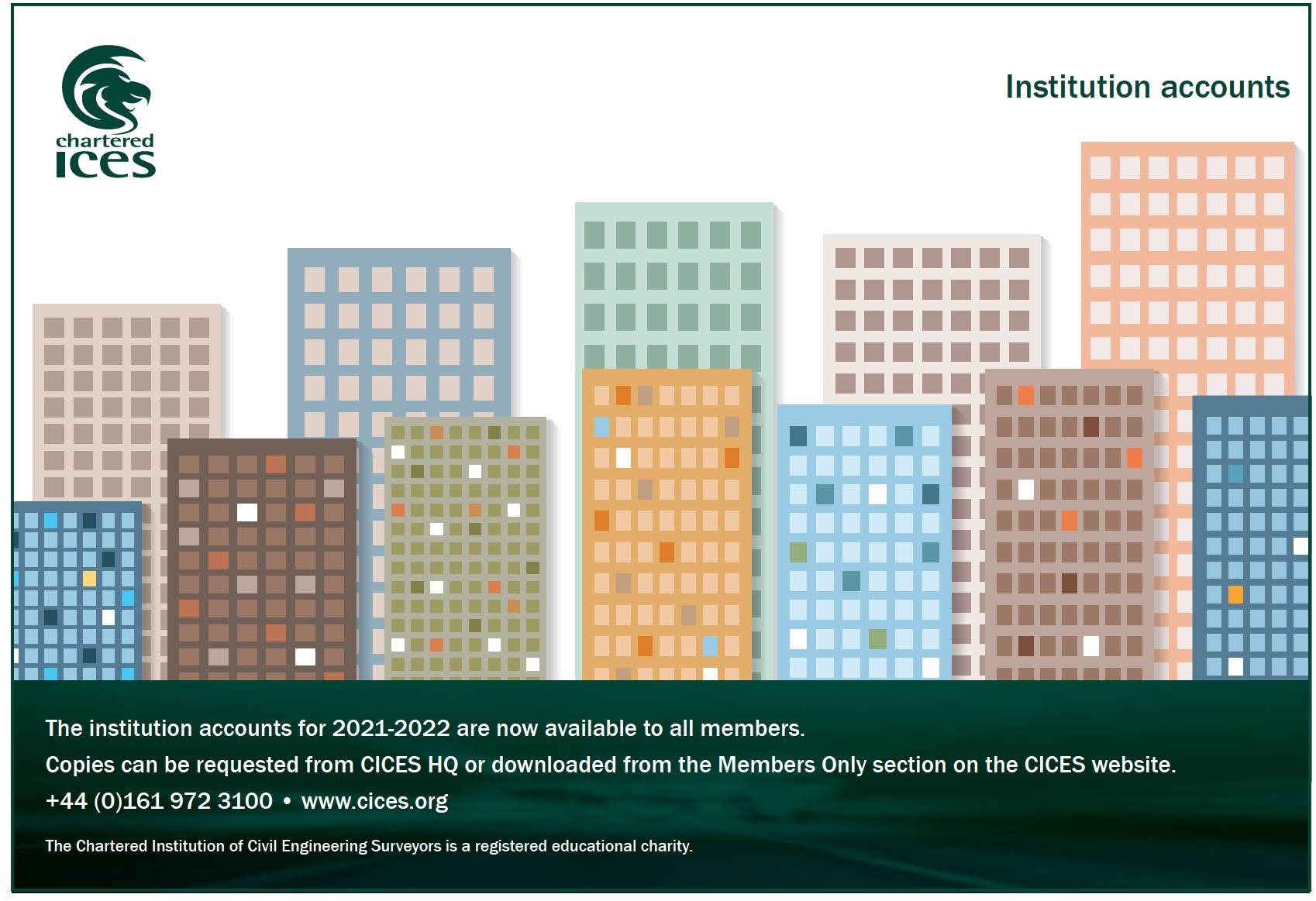