Why the geospatial profession is critical to saving planet Earth

The clock is ticking to save our planet

OUR home, planet Earth, is dying. It is difficult to avoid hearing this statement if you read the papers or watch television.

As of May, this year, 2,100 scientific organisations and governments in 39 countries declared a ‘climate emergency’.

There is a clock ticking, counting down the time left in which the world needs to limit the global temperature rise to 1.5C, at the time of writing, it was down to six years 331 days 23 hours and 35 minutes.

If the world temperature isn’t contained, there will be a catastrophe that will send our planet into an irrecoverable spin of fire and flood, disease, and starvation.

Our species, the human being, is responsible for this situation, and it will be our responsibility to reverse it.

It is a big ask, but so is feeding seven billion people a day, drilling 10km below the seabed to extract oil, creating housing for the world’s population – as a species we have achieved so much, it is now time to achieve on a different level in a limited amount of time.

The Intergovernmental Panel for Climate Change (IPCC) was formed in 1988 and is the United Nations body for assessing the science related to climate change. The IPCC has long known that greenhouse gases are the main driver for the warming of our planet – predominantly carbon or CO2.

There are already billion-dollar investments in carbon capture technology from companies such as Microsoft, United Airlines and ExxonMobil.

Colossal direct air capture units which filter CO2 and stores it in the ground are in operation today – but they are currently very slow and costly, this will improve with time although we haven’t got a lot of it.

Net carbon zero is the language that has attracted huge sections of the world’s population to start thinking about their actions and the future of our planet.

People, families, companies, and governments have ambitions to reach net carbon zero, many organisations are changing their behaviours and spending patterns to achieve it. 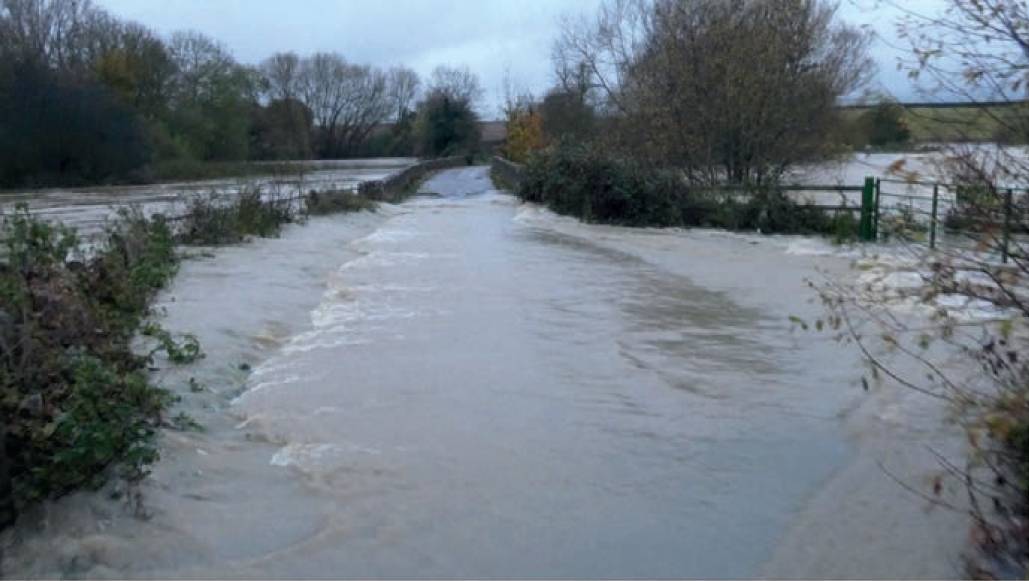 Flooding is becoming increasingly common because of climate change.

Net carbon zero has a big take up because it presents many different options for people to try.

Once changes are made, people begin to understand the climate emergency in a deeper way than before, because they are now invested in it.

Unfortunately, in the developed world it is virtually impossible to reach carbon net zero without offsetting your unavoidable residual emissions.

There is a clock ticking, counting down the time left in which the world needs to limit the global temperature rise to 1.5C, at the time of writing, it was down to six years 331 days 23 hours and 35 minutes. This is successfully done with carbon offsetting projects that have been around for over a decade and present in different forms such as de-carbonising energy networks and planting trees.

This system is working, but time is running out and we need to accelerate carbon capture significantly to cool the planet down and save vulnerable species from extinction, including the human variety.

In the UK, the Environment Bill was given the Royal Assent on 9 November 2021 making it the Environment Act. The priority areas for the act are air quality, water, biodiversity, resource efficiency and waste reduction.

The act will regenerate nature, which will sequester carbon in bounteous amounts, exponentially increasing every year as nature multiplies. But is the UK ready to implement the act and achieve its goals in the time we have left?

Presently, I am in the process of managing a project to regenerate an English flood plain and this has highlighted many sticking points in the current system of permissions, legal agreements, and site intelligence. Because we are on a time limit to regenerate nature, we need to avoid the sticking points as they cause time losses of months which turn into years and have been known to stop projects altogether. When the act becomes law across the UK (in November 2023) there is no doubt that the legal agreements and permissions will have to become more joined up and succinct.

There is also scope for the geospatial surveyor to accelerate site intelligence significantly enough to make savings on the climate clock. 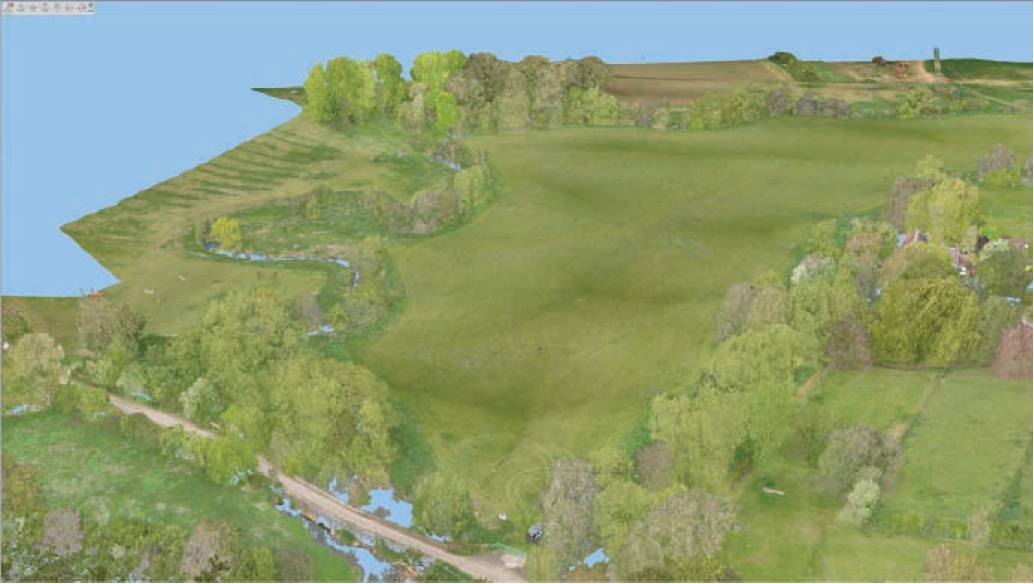 Geospatial surveyors have the aptitude to identify and capture the natural environment with its land properties and features and deliver it to an expert with the information needed to design a successful habitat for nature to thrive.

During my flood plain regeneration experience, I have so far entertained nine experts onto the land over the last 12 months.

Each expert has brought something valuable to the project that has informed the most favourable course of land management to promote the regeneration of the meadow.

However, it became apparent to me that the number of experts visiting could be reduced significantly if our geospatial profession could capture 100% of the data required to inform these projects.

Nature regeneration is about creating habitats for plants and creatures to live, and the science behind habitat creation relies on several physical land properties and features, most of which can be captured by a geospatial surveyor. 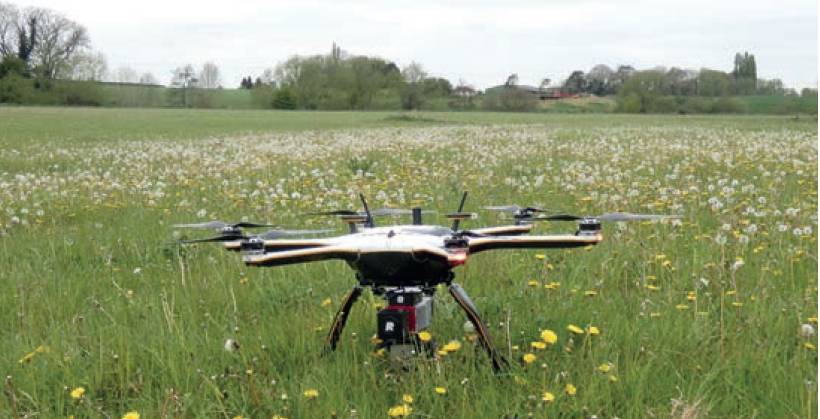 Our geospatial profession has a penchant for accuracy, efficiency, and attention to detail, perfect for capturing the critical data needed for land management. Most geospatial surveyors have an excellent moral character, high intelligence and intrinsic safety awareness, all essential attributes for understanding other land-based disciplines, collaborating with experts, and undertaking site work safely. All the experts that came to the meadow took something away either physically or mentally.

Geospatial surveyors have the aptitude to identify and capture the natural environment with its land properties and features and deliver it to an expert with the information needed to design a successful habitat for nature to thrive. Collecting georeferenced data such as soil type, nutrients, acidity, water availability, light and shade are all within the grasp of a geospatial surveyor, to make that data available in a digital twin is so powerful it negates the need for experts to make a site visit. Instead, their time is spent designing the habitat and producing the land management plan, this is their area of expertise, and this is where they are desperately needed right now, let alone when the Environment Act is fully operational.

Freshwater resources such as rivers and streams have also been recognised as vital for the regeneration of nature.Nature regeneration needs managing and monitoring and when it comes to offsetting, the offset providers need to prove a net gain to balance the negative impact of development on biodiversity. Land areas and the intricate features on them such as species per square metre are all assessed in metrics to arrive at a condition value. To measure the uplift or loss in biodiversity of a land area, a baseline survey is carried out which forms the basis for comparison for the term of the project, for biodiversity net gain in the UK this term is 30 years.

With the many sensors available to the modern geospatial professional, the digital twin of the site and its physical attributes can be used to derive the condition value, both for the baseline survey and the regular audits throughout the term of the project. Software is already evolving to interpret the digital twins which is optimising the regeneration of nature by informing the changing condition and providing real-time management plans that consider the influencing factors such as soil and undesirable species.

Nature regeneration needs managing and monitoring and when it comes to offsetting, the offset providers need to prove a net gain to balance the negative impact of development on biodiversity.

The World Wildlife Fund (WWF) living planet report stated that global freshwater wildlife populations have declined by 84% on average since 1970 and almost one in three freshwater species are threatened with extinction. Water is essential for all life forms to survive, and the protection of freshwater resources needs to be ramped up. Rivers are often taken for granted, regularly polluted, modified to the extent they don’t function naturally or provide the habitat areas needed for aquatic species to survive. Thankfully, attention is finally turning to the importance of freshwater rivers and streams and the part they play in the health of our planet.

In the UK, rivers have their own biodiversity metric and geospatial surveyors are well placed to measure this. Cross sectional measurement of the river channel determines the different habitats available for bankside and aquatic vegetation, it also determines how connected the river channel is to the floodplain. The geometry of the river is reasonably sensitive to the river condition score and without the accurate tools of a geospatial surveyor the river could be scored incorrectly, leading to inferior management plans. On top of the geometry, further information is collected such as bed and bank materials, flow patterns, vegetation, and bank top features – all features that a geospatial surveyor is capable of recognising, recording, and plugging into the metric. Perhaps the most satisfying outcome for the surveyor who upskills to capture these features, is they get a deeper understanding of how geospatial influences nature, and this is addictive.

This angle on geospatial surveyors saving our planet is not about taking work from other professional disciplines and getting a larger slice of the pie, it is about gaining time against the climate clock. According to the environmental audit committee’s green jobs report there is a skill gap across the sector which threatens any chance of the UK hitting its long-term goals on the environment and climate. Never in the world’s history has the environmental sector been in such high demand, so they need as much help as they can get. Our geospatial experts can provide services at a lower carbon footprint to the project as there are less site visits, but most importantly by placing the responsibility of site data collection and presentation in the hands of a geospatial professional we will accelerate nature regeneration and maybe even keep the planet cool enough to keep it alive for future generations to enjoy.