Everything you need to know about SLAM 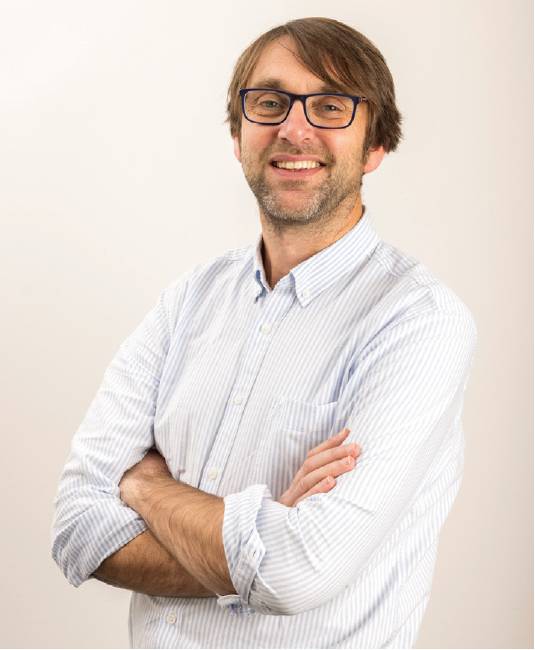 SLAM – simultaneous localisation and mapping – has been in the survey toolbox since 2013.

Tracing its roots back to the robotics industry in the 1980s and 1990s, SLAM was commercialised by the Commonwealth Scientific and Industrial Research Organisation (CSIRO) and 3D Laser Mapping (now GeoSLAM) through the development of handled mapping systems.

SLAM is now called upon and utilised across a range of different industries.

For nearly a decade, Dr Neil Slatcher, GeoSLAM’s chief product officer, has witnessed and been a part of the technological advances of handheld SLAM scanning capabilities.

His background is in laser scanning and data analytics and when he arrived at 3D Laser Mapping, the original ZEB 1 was a ‘bouncing on a spring zap zap scanner prototype’.

It would go on to become the world’s first handheld mobile mapping system. Dr Slatcher spoke to Geospatial Engineering about the SLAM journey since that first prototype and the basics everyone should know.

SLAM solves that with a set of algorithms and different sensors. It gives you a continuous update of where you are while you’re actually building the map that is telling you where you are. It’s basically an answer to a chicken and egg problem.

Is SLAM just for indoor mapping?

No, that’s a perception driven by the availability of sensors we had when we first launched our handheld SLAM device. One of the big things that has changed the way we work is the investment in driverless cars, which use the same sensors that we use in SLAM.

There is a requirement for lidar sensors to have a longer and longer sensing range because a vehicle needs to see 100m in front of you to make decisions.

When we first started working on SLAM systems, those long-range sensors weren’t small enough and cost-effective for us to take SLAM outdoors, so the first scanner was built for indoor short-range mapping. As sensors have become longer range, they can see further and we can now take SLAM outside and map different environments.

What’s the difference between SLAM and traditional laser scanning?

Traditionally, the answer would be that laser scanners sit on a tripod and you move them around to capture multiple scans, and then merge them. With SLAM you’re continuously moving.

What kind of SLAM types are there?

We categorise SLAM into a number of types, including graph, EFK [extended Kalman filter], fast, topological, visual, 2D lidar, 3D lidar and ORB. Some solutions use lidar as the primary sensor, some a camera, and some a combination of both. We just use lidar, for a number of reasons, primarily because a camera is sensitive to the environment. If it is dark or gloomy, it is quite hard for the camera in those environments. 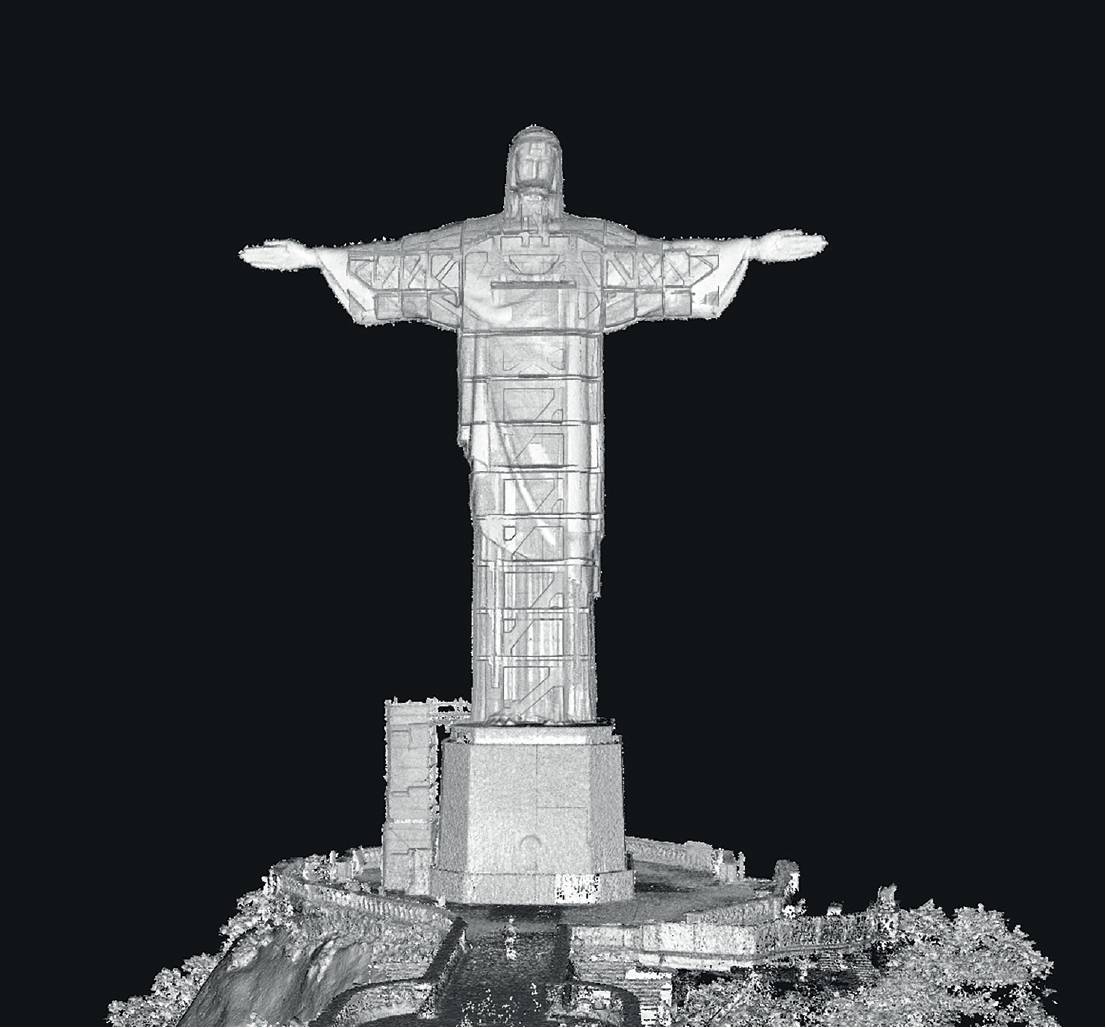 One difference between them is in the algorithms, with some now open source and freely available.

What’s the biggest market for SLAM?

Robotics is the biggest market. There are two main ways people use SLAM; mapping as we do, and positioning a robot.

Because we do mapping, we need to have a very accurate system, which means that we typically do the processing after we’ve captured the data to keep the accuracy really high.

For robots navigating around an environment, it’s less important. A robot gathers a really dense data set and when it is finished, it needs to very accurately understand where it is.

Within mapping, our biggest use case is rapid scans for building surveys to convert the data into a 3D CAD model. We also see a lot of SLAM usage to fill in small areas.

How easy is SLAM?

The data capture is really straightforward, the complexity lies in what you want to get at the end of the process. What software you will use to extract a floor plan, for example, or tell you what’s changed in your environment. The world has got very complex for people who are not familiar with technology. We’re really focusing on software and making those traditional workflows much easier.

How has software made technology harder to use?

Our software for SLAM was always very simple. It generated 3D data and users would take that data and put it in a different application.

Some of these applications have become incredibly complex. There is a lot of work to do in terms of automation and it is a very difficult problem.

We see a lot of artificial intelligence (AI) and machine-learning (ML) algorithms sneaking into our industry now. They work very well in laboratories and less well in the real world. Across the board, there’s still an awful lot of work to do on simplifying software workflows, and this is a key focus for us at GeoSLAM. We are currently working on software developments to simplify workflows in our Connect platform.

It’s very early days for AI and ML, and I think in time software will significantly evolve. But users will always be required to check the data and confirm results. As with anything, I think 70% of simple cases will get solved and 30% of outliers will be incredibly difficult.

How have the first 10 years of SLAM been? 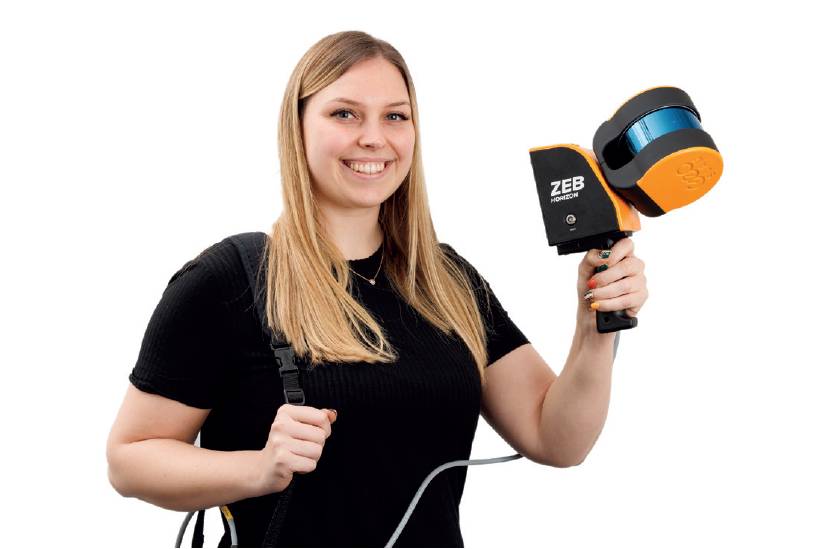 Rapid! The uptake has been increasingly fast and that’s not necessarily been through technology development, but industry acceptance. Surveying is accuracy-driven.

So, adopting new technology takes a good deal of convincing people that it’s a viable alternative to what they are used to.

Is SLAM used to its full potential?

It isn’t anywhere near its potential! It’s starting to be very widely accepted in the surveying and mapping industries. But we’re now seeing it in more consumer-grade products. The iPhone has a SLAM system – but obviously it won’t be as accurate as the systems we use.

We are seeing a massive increase in the capture and use of 3D data. That’s driven by a few things, notably the cost of sensors. Systems can cost tens of thousands of pounds – it’s a significant investment and requires a good business case. Though the return on these investments are often quick, the lower cost sensors in driverless cars will bring a raft of lower accuracy, but good enough sensors for the sorts of things people might want to do day-to-day.

Are driverless cars a big market?

We’re not involved in the driverless car market ourselves. But others are using SLAM to position vehicles and understand their environment.

Who isn’t using SLAM who should be?

Anyone who needs an accurate map quickly and/or repeatedly should be using SLAM. There is still huge potential for mines and construction sites, especially around using SLAM to monitor progress. Also real estate, for floor plans. Anyone who is generating a map or wanting to understand how their environments change in three dimensions should be using SLAM technology, because it’s so easy to use.

Can emergency services use SLAM to map in real time? 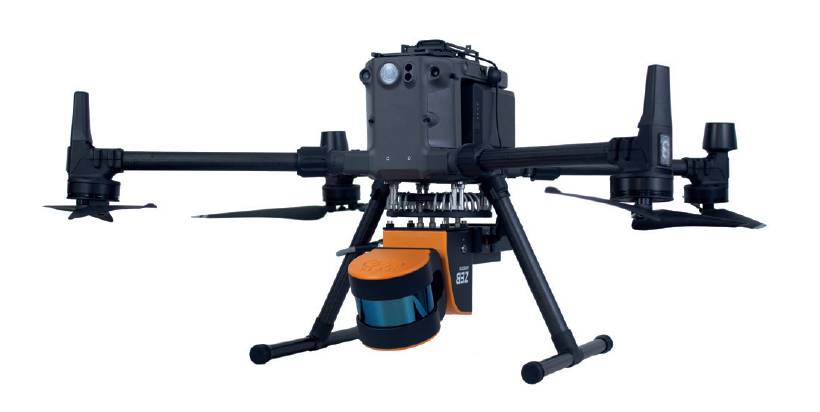 Yes. The New Zealand police force is one of the first to use SLAM to very quickly map a crime scene to record a 3D dataset.

We had conversations with fire services post-Grenfell about how the technology could have helped them in that environment, where firefighters had lost visibility on where people were. That falls under the robotics real time positioning application, rather than mapping, but there are very clear use cases for emergency services.

What is the most unusual use of SLAM you’ve come across?

Robotics is the biggest market. There are two main ways people use SLAM; mapping as we do, and positioning a robot.

Someone wanted to use SLAM to look for whales. It was a research project around concerns that the noise oil rigs generate could disrupt a whale’s communication and navigation.

The researcher wanted to detect whale breaches using laser sensors and SLAM to continuously map the surface of the ocean.

What’s been the most successful model?

The ZEB Horizon. The success has been evolutionary. It is more versatile because it has a longer range, and there are various accessories you can add to make it a bit more flexible, like GNSS and additional cameras.

What barriers stand in the way of SLAM adoption?

Chiefly, lack of good software that enables people who aren’t experts at looking at 3D data to understand the outcomes.

Tradition also has a large part to play. We’ve always done it this way, why should we change? What’s the value? It’s always hard to present a business case for new technologies, because you don’t necessarily have one yet.

We understand that people don’t want to take risks on important projects and that’s a big barrier for us. We learn from our experiences with other industries. Mining and construction have similar mindsets, but mining heavily invests in technology research and development.

The things that we’re implementing in construction now are born out of knowledge of what we’ve done in the mining sector for years. We know we can do it, we know it adds value, and ultimately, it keeps people safe.