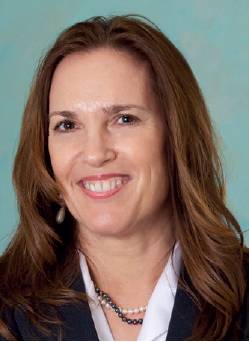 Streamlining the Michigan I-75 border crossing into Canada

AECOM was hired as the design lead on a large-scale infrastructure project to enhance the border crossing from Michigan, United States into Ontario, Canada.

The project includes the creation of the Gordie Howe International Bridge, which will be the longest cable-stayed bridge in North America, as well as new ports of entry and the widening of an interchange on Michigan Interstate-75.

Expanding the I-75 interchange involved the addition of four road bridges, five pedestrian bridges, 12 ramps, and improving local road conditions within the two miles that connect the highway to the US Port of Entry.

The project also required the design of a complex enclosed drainage system. With the project team dispersed across 16 different locations, AECOM needed a platform that supported design collaboration.

In addition to coordinating design among 150 geographically distributed personnel, AECOM wanted to incorporate feedback on the interchange from community partners. It was also required to incorporate real-time design edits from the construction team in the field. To meet these challenges, the cloud-based platform that AECOM would use on this project had to be robust enough to both integrate and handle the detailed multidiscipline 3D design data. 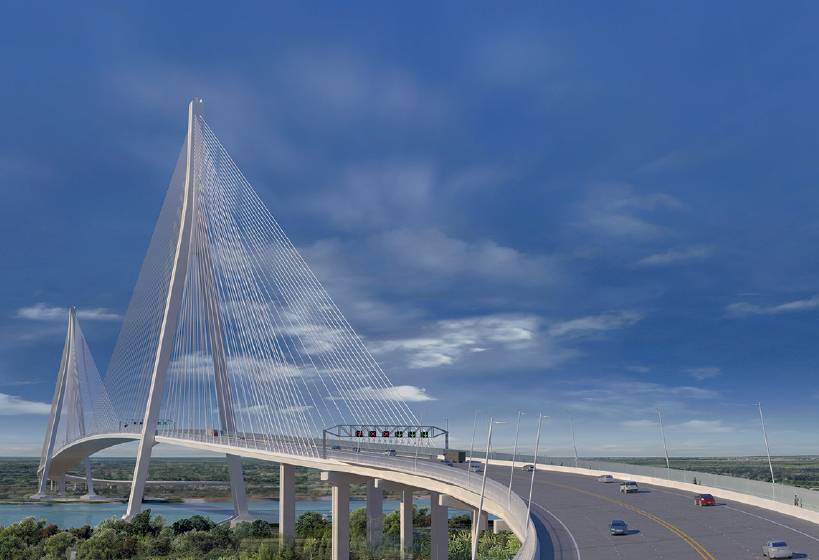 This project utilised data management for teams across 16 separate offices, utilised modeling software, and will be the longest cable-stayed bridge in North America, crossing from Michigan to Canada – and the international bridge is only part of the project.

AECOM determined that Bentley applications could help them meet all project goals.

With ProjectWise 365, they connected all files, models, and sheets so that the globally distributed team could make updates swiftly and easily.

With the open applications, specialty designers worked concurrently on the interchange model.

Whether design changes were made among the dispersed design team, the client, external stakeholders, or the construction team, the connected data environment made sure everyone was confident that they were working from or reviewing the most recent design iteration. 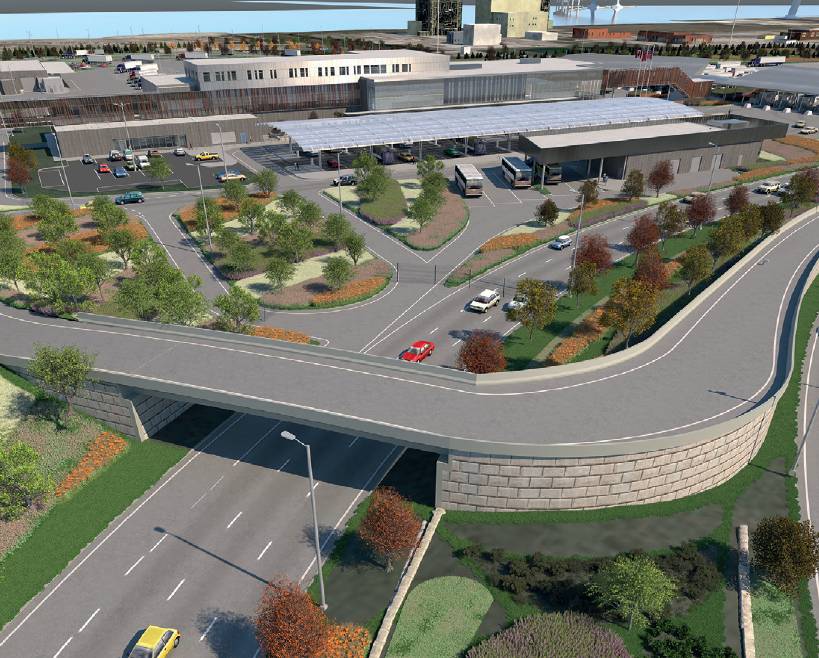 One of the several projects designed and constructed during the project

By facilitating real-time, global collaboration on the large-scale I-75 interchange project in a cloud-based environment, AECOM delivered the design by the client’s deadline.

Digital workflows reduced overall design time by 12% and the project’s carbon footprint by 5%.

Upon completion of the I-75 interchange and the Gordie Howe International Bridge, it is anticipated that traffic congestion at the busiest land border crossing between the United States and Canada will be reduced. 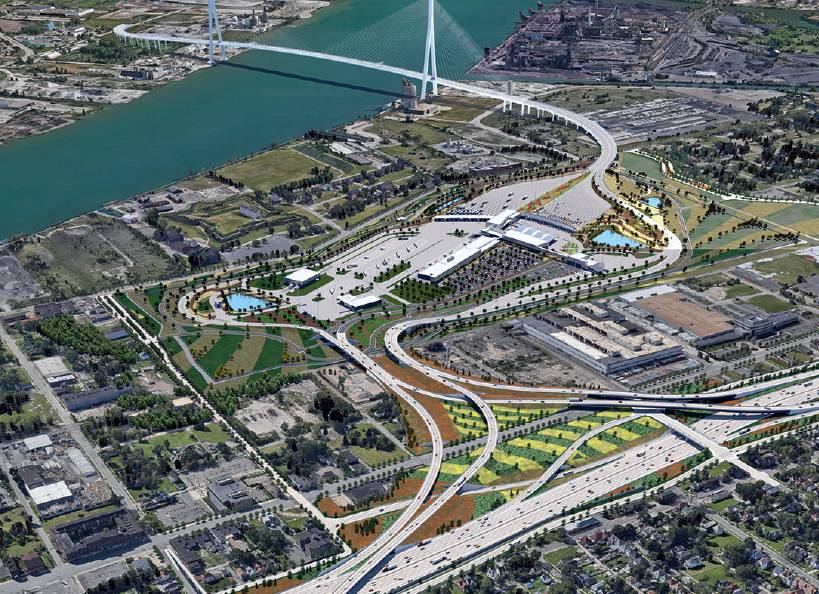 Expanding the I-75 interchange involved the addition of four road bridges, five pedestrian bridges, 12 ramps, and improving local road conditions within the two miles that connect the highway to the US Port of Entry

It will see increased access at the border and a smoother crossing of products, services, and people which is expected to benefit the economies of both countries.

• One component of the project is the Gordie Howe International Bridge, which will be the longest cable-stayed bridge in North America.

• Implementing digital workflows within a connected data environment cut design time by 12% and reduced the carbon footprint by 5%.